One of my earliest assignments outside Kuala Lumpur was Jelajah Pantai Timur, a road race covering the east coast and organised by the Kuala Lumpur Cycling Association (KLCA). Cycling was a big sport and still is in Berita Harian. Covering M. Kumaresan, Nor Effandy Rosli, Suhaimi Keton, Harris Fadzillah Osman, Mutalib Mydin and his brother Abdul Malik Mydin (later to become Wira Samudera) was fun.

I can imagine the thrill of covering the World Championship in Copenhagen. The road race was won by Great Britain's Mark Cavendish, who gave due credit to his team mates here

The Brits are today leaders in the sport of cycling. Why? Read here. One of the biggest stumbling blocks for Azizulhasni Awang's dream of landing the Olympic gold is of course a Brit, Chris Hoy. In the meantime though, Cavendish's domestique and the man who was 13 seconds short of becoming the first ever Brit to land a victory in a Grand Tour will be in Langkawi next month. 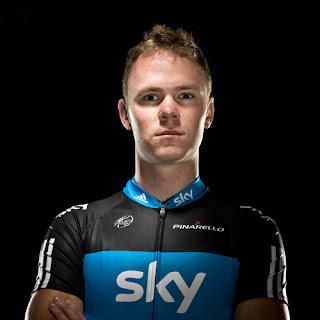 Chris Froome (picture) will be taking part in the Langkawi International Mountainbike Challenge 2011. He will be the star attraction. Read here
Posted by rizal hashim at 7:41 PM