It is highly unlikely Datuk Seri Ahmad Shabery Cheek will continue as the Youth and Sports Minister. Tradition dictates the position changes hands after each General Election.

Ahmad Shabery will be remembered as a Minister who was open to ideas and criticism. He wanted the industry to be driven beyond the normal medal-hunting scope but I guess his officers and little Napoleons let him down.

Media-friendly, Ahmad Shabery worked closely with the Sportswriters Association of Malaysia (SAM), a non-governmental organisation comprising of individuals involved in the sports media. In officiating the KBS-SAM Awards in PJ recently, Ahmad Shabery again mentioned the need to model it after the Pulitzer Prize. Read KBS-SAM Awards, Pulitzer style

I wish to suggest the main categories of the awards be named after four of the country's biggest names in sports media. 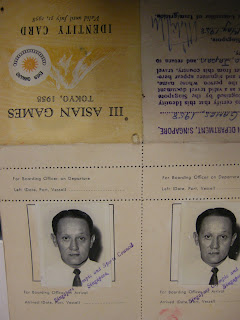 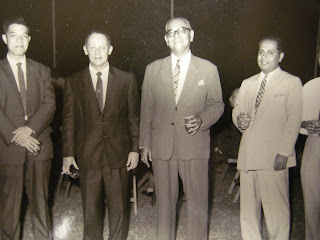 
The commemorate Siebel's contribution, the main category award should be named after him. Try the KBS-SAM-Siebel Golden Pen Award...

For the main category for TV, name it the KBS-SAM Rahim Razali Award...Datuk Rahim Razali who took over SAM after Siebel's demise, was arguably at one time the nation's best TV and radio sports commentator.

And do you know who was the first ever journo to be dispatched overseas to cover a major sporting event? It was Lee Siew Yee (Tan Sri), who covered the Thomas Cup in United Kingdom in 1949, 20 years before SAM was established. He rose to the position of the New Straits Times Editor-in-chief in 1970 and was bestowed the  MPI Eminent Journalist Award in 1992. In his book The Singapore Lion: The Biography of S. Rajaratnam, the scholarly Siew Yee struck the writer as being apolitical. 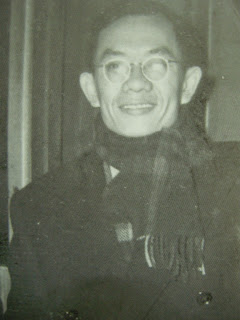 Under the heading How Malaya Won Thomas Cup, Siew Yee wrote:
"The Thomas Cup for the world international badminton competition, was presented by the donor, Sir George Thomas, to Lim Chuan Geok, the Malayan captain, at 11.30 GMT last night (7.0am Sunday Malayan time)  to the strains of the national anthem. Malaya had beaten Denmark eight-one in the final."

A few days later, on March 3 to be exact, Siew Yee wrote:
"This is a story of a crisis which hung over the Malayan Thomas Cup team while they played the Americans in Glasgow and the Danes in Preston. Lim Chuan Geok, the manager, had no money left. He did not tell the players. When the team reached Glasgow, Lim secured 200 pounds advance from the organisers against Malaya's share of the gate collection. With this, he paid the hotel bills, exceeding 100 pounds."

The trip was sanctioned by the Straits Times board of directors, with the airfare borne by the paper but Siew Yee had to dig into his own pockets for other expenses.

The print category can be named after Siew Yee, who died in 1999.

Another name that cannot be ignored is Zainuddin Bendahara who brought SAM to greater heights in the 80s. Perhaps the special report category can be named after him.


p/s to SAM exco, please organise a dinner to pay tribute to past presidents, founding members of SAM such as Ian Pereira, Wong Siew Hoon, R.D. Selva, Tony Danker, Ronnie Atkinson as well as seniors like Amran A Hamid and Hussin Ibrahim.


Posted by rizal hashim at 4:41 PM No comments: 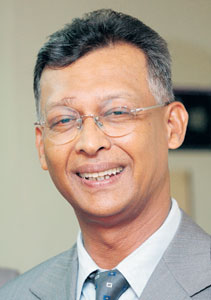 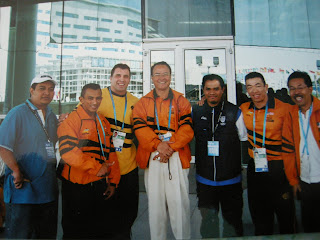 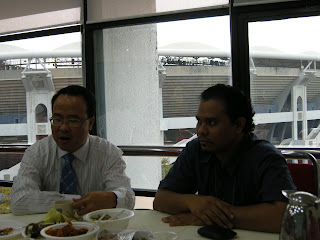 Finally Kafe Sukan, one of Astro Arena's signature shows which I am proud to be associated with, will take a break, with its 149th.episode to be aired on Monday, May 13.

The show is scheduled to be on air again in August.

Kafe Sukan is taking a break to make way for DNA...a show conjured yet again by Slamet Sazly Yakub, the brains behind Kafe Sukan, Dengan Izin, Formasi and Grandstand Ahad, in collaboration with the news team, Nadi, headed by Khawari. I was pleased to be able to contribute a few ideas that were accepted by the panel, comprising among others Datuk Hishamuddin Aun and the Nadi team. Watch the trailer...

Episode 2
Posted by rizal hashim at 9:45 PM No comments:

...YB Khairy Jamaludin as the next Minister of Youth and Sports. Well, if I have the right to vote for the individual to head the Ministry...

The Rembau MP is at the right age, 37, articulate, intelligent, good orator/writer and actively plays football and polo. The Kuwaiti-born and Singapore-schooled Oxbridge product has the pizzazz to connect with youth from all races.

His stint as the deputy president of FA of Malaysia and president of MyTeam will certainly help him deal with the idiosyncrasies and shenanigans of our sports officials, not all though, I must qualify.

Though I must say I have had my fair share of disagreements with KJ, objectively speaking/writing, he fits the bill as the young and upwardly mobile Sports Minister. After all his father in law was once Minister at the same ministry and his father, Datuk Jamaludin Abu Bakar, was the Secretary General of KBS from 1971 to 1973.

And yes, I would love to have a second bite at the cherry of getting YB KJ on Dengan Izin in his new capacity...if that materialises lah! 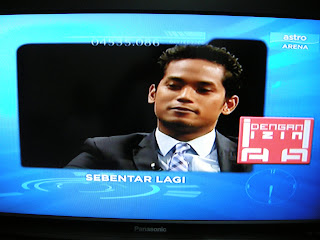 I will also be anxiously waiting if Annuar Musa and Azalina Othman Said be given a new lease of life in the Cabinet...hopefully not, hehe...
Posted by rizal hashim at 3:37 PM 1 comment: