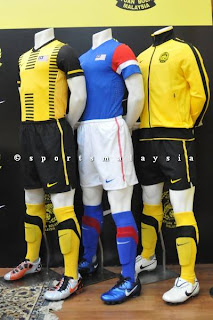 I prefer the previous away design which proved to be a lucky charm for K. Rajagobal as the team picked up the nation's first gold medal in football in SEA Games since 1989 wearing the colours. 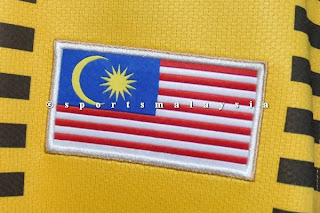 The customary federation crest is no longer there. In its place, the Jalur Gemilang...which is refreshing 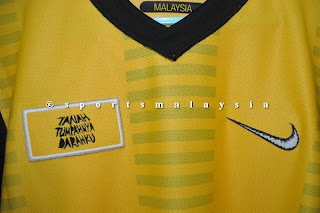 Embossed inside is a line from Negaraku...tanah tumpah darahku...creative and I hope inspiring to those who wear it
Posted by rizal hashim at 11:25 PM

Nice kit. Hopefully the Malaysian will play, at least, with high determination and eager to fight until last whistle blow.